Warning! Javascript on your browser is not enabled!

We have found that Javascript is disabled on your internet browser. Many features of this site will not work without JavaScript enabled. To get the best possible experience using our website, we recommend that you enable the JavaScript in your browser.

Brittany Savage received her Bachelors of Science in nursing at Purdue University in 2009 and her Master's degree at Purdue University in 2015. Ms. Savage entered hemophilia care in 2011 as a clinic nurse and moved into her role as a Bleeding Disorder Nurse Practitioner in 2015, specializing in transition from pediatric to adult care. Ms. Savage provides patient care to teens and young adults with bleeding disorders and leads IHTC's transition program. She is a member of the National Hemophilia Program Coordinating Center Transition Work Group and serves as a quality improvement coach for the ATHN/Dartmouth Institute Microsystem Academy quality improvement collaborative focusing on transition. 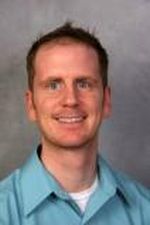 Chris Roberson is the Director of Compliance, Community Programs, and Research for the Indiana Hemophilia & Thrombosis Center (IHTC). He previously served as the Pharmacy Operations Director at the IHTC from 2004-2009. Mr. Roberson received his Bachelor's degree from Penn State University, and a Master's degree in Public Health and a Law degree from Indiana University. 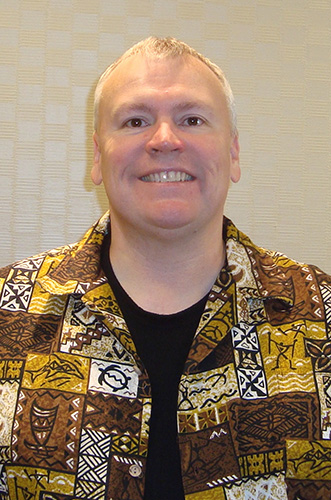 Jim Munn received his BS, MS and BSN degrees from the University of Michigan. Mr. Munn has served as Chair, Vice-Chair, and Regional Representative for the National Hemophilia Foundation’s (NHF) Nurse Working Group, and as the U.S. Representative, Vice-Chair and Chair for the World Federation of Hemophilia (WFH) Nursing Committee. Mr. Munn is treasurer of the International Society on Thrombosis and Haemostasis (ISTH) Nurses Forum, which develops program content and arranges speakers for the biannual ISTH meeting. Mr. Munn has presented lectures and authored publications related to bleeding disorders care.

Jennifer Maahs is a Pediatric Nurse Practitioner at the Indiana Hemophilia & Thrombosis Center (IHTC) in Indianapolis, Indiana. She received her Bachelors of Science in nursing in 1988 from The Ohio State University and her Master’s degree in 1996 from Indiana University. Ms. Maahs entered hemophilia care in 1994 as a Hemophilia Treatment Nurse at the Indiana Hemophilia Comprehensive Center and became the Hemophilia Nurse Practitioner in 1996. Ms. Maahs specializes in program planning, education, and patient care in the areas of hemophilia, hemostasis, and thrombosis.

Ms. Maahs is currently on the Nursing Committee of the International Society on Thrombosis and Haemostasis (ISTH). She is also on the Speaker’s Bureau of Baxalta US, Inc. and Novo Nordisk and the Nursing Advisory Board of Biogen Idec. Ms. Maahs served as nursing liaison to the Medical and Scientific Advisory Council (MASAC) of the National Hemophilia Foundation and Chairman of NHF’s Nursing Working Group from 2002 to 2005. In 2003, she was named NHF’s “Nurse of the Year” and received an Award of Excellence for her work in hemophilia care. 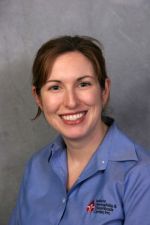 Kimber Blackwell is an Adult Physician Assistant at the Indiana Hemophilia & Thrombosis Center (IHTC), treating persons with blood disorders including hemophilia, von Willebrand disease, and sickle cell disease. Ms. Blackwell received her Master of Physician Assistant Studies from University of Nebraska in Omaha. She has worked at the IHTC since 2004.

Laura Howard has been a Physician Assistant at the Indiana Hemophilia & Thrombosis Center (IHTC) in Indianapolis, Indiana since 2004. She received her undergraduate degree in Health Science Education and her Master’s degree in Physician Assistant Studies, both from the University of Florida. In her role at the IHTC, Ms. Howard specializes in thrombosis, thrombophilia, and anticoagulation management. She manages the care of patients in a variety of hematologic conditions and coordinates patient care in the IHTC Anticoagulation Clinic. Prior to working at the IHTC, Ms. Howard worked as an internal medicine hospitalist at the VA Medical Center in Gainesville, Florida. 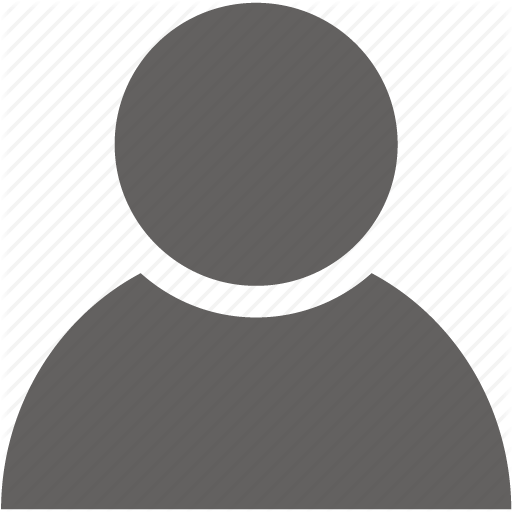 Marilyn Blumenstein has been at the Children’s Hospital of Philadelphia since 2002, first as Hemostasis/Thrombosis Program Nurse Coordinator and then, beginning in 2008, as Hemostasis/Thrombosis Program Pediatric Nurse Practitioner. Ms. Blumenstein received her Bachelors of Science in nursing in 1989 from Hahnemann University in Philadelphia and subsequently both a Master’s of Science in Nursing and Healthcare Administration (2000) and as an acute/chronic care Pediatric Nurse Practitioner (2007) from the University of Pennsylvania. Prior to entering hemostasis and thrombosis nursing, Ms. Blumenstein worked as an independent consultant for the Blood and Marrow Transplant Programs at Thomas Jefferson University Hospital and Hahnemann University Hospital and as adjunct clinical faculty at Hahnemann University’s School of Nursing. Ms. Blumenstein has extensive experience as a nurse, nurse manager, and Program Director at the American Red Cross.

Ms. Blumenstein has co-authored a number of publications on pediatric blood disorders and has lectured at the Children’s Hospital of Philadelphia, University of Philadelphia, and American Red Cross Blood Services. She also has worked to develop a self-learning guide for nurses in thrombosis and thrombophilia, for which she was awarded a Nursing Excellence Fellowship Grant from the National Hemophilia Foundation (NHF).

Nancy Hoard serves as Executive Director at the Indiana Hemophilia & Thrombosis Center (IHTC) and has been with the organization since 2007. She has undergraduate and graduate degrees in psychology as well as a Master’s in business administration. Her role at IHTC includes broad leadership of business functions and operations as well as the IHTC pharmacy and research departments. 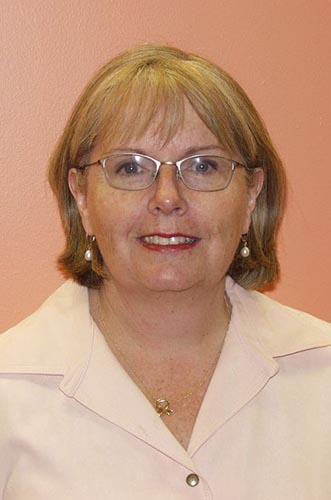 Regina Butler has been the Hemophilia Nurse Coordinator at the Children’s Hospital of Philadelphia (CHOP) since 1973 and the Director of the Hemophilia Treatment Centers in the Mid-Atlantic Region III since 2008. Ms. Butler also has served since 2000 as a consultant to the Centers for Disease Control and Prevention (CDC) to assist in development of educational materials and curricula on bleeding disorders for health care providers and patients and families. Additionally, in 2014, Ms. Butler became chair of the Needs Assessment Committee of the National Hemophilia Coordinator Center. In her role at CHOP, Ms. Butler coordinates the care of over 450 children with bleeding disorders in collaboration with a large, multi-disciplinary team.

Since the late 1970s, Ms. Butler also has also had significant involvement in professional committees and organizations within the hemophilia community, including the National Hemophilia Foundation’s (NHF) Nursing Committee, where she served as a founding member and Chairperson, NHF’s Medical and Scientific Advisory Council, and Maternal and Child Health Bureau Executive Committee. She is the former U.S. representative to the World Federation of Hemophilia (WFH) Nursing Committee and served as a member of its Communications Committee. Ms. Butler has published numerous papers on hemophilia, patient/family education, nursing education, and nursing perspectives on hemophilia care and HIV risk reduction. Ms. Butler has presented locally, nationally and internationally on a variety of topics in hemophilia care.

Stacie Akins has been Physical Therapist at the Indiana Hemophilia & Thrombosis Center (IHTC) in Indianapolis, Indiana, since 2006. She received her Bachelor’s degree in Physical Therapy in 1988 from Marquette University and her Masters of Health Science from the University of Indianapolis in 2001. Prior to entering hemophilia care, Ms. Akins gained nearly 20 years’ experience in orthopedics, neurology, return to work and geriatrics. Ms. Akins has given a number of presentations on the topics of health, fitness, and exercise. She has also been a co-author on hemophilia related articles. Ms. Akins served as the Region V East representative for the National Hemophilia Foundation’s Physical Therapy Working Group from 2009 to 2014 and was elected the NHF Physical Therapist of the Year for 2013. 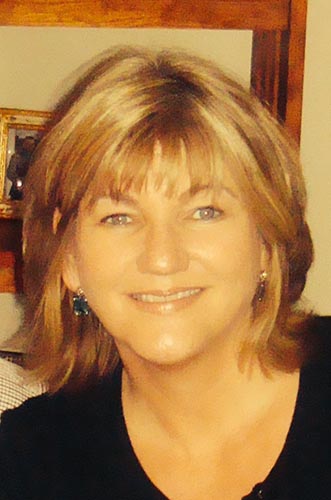 Susan Cutter is a licensed clinical social worker with a Master’s Degree in Social Work, a Master’s Degree in Public Administration and a Certificate in Psychodynamic Psychotherapy. Working as a social worker with the hemophilia population since 1989, she provides a full complement of social work services to individuals and families with bleeding disorders. She participates in hemophilia outreach efforts, including providing social work services to adolescents in transition in an underserved area.

Ms. Cutter has been a professional trainer in the bleeding disorder community in areas such as strengthening patient/provider communications, team building, and conflict resolution. She has been involved in developing a wide range of educational programs, nationally and internationally, focusing on psychosocial issues for patients with hemophilia and their families. Ms. Cutter received the “Outstanding Social Work Award” in 1995 from the National Hemophilia Foundation.